skip to main | skip to sidebar


You might not remember me as I hardly remember me myself.  I’m the formerly single Mormon girl known in this world as Marcia (see side bar to the right à).  Even though I was anonymous (except to my family and friends from whom I cannot keep a secret), I was a proud contributor to this blog at one time.
Although I was single for 42 years, I had a pretty short stint on this blog.  If you haven’t gone through the archives (for which I can hardly blame you) and don’t know my story, it is this in a nutshell.  I met Tony (yes, that's his REAL name) a few days after breaking up a long-term relationship which was the foundation for a tentative new beginning.  Even though I had the tendency to be in relationship for long periods of time (is ten years long?), Tony and I were married 6 months to the day after our first date.  But that doesn’t mean we hit it off right away.
I fully intended on writing a follow up posting post wedding/honeymoon.  There were some pretty funny stories to tell back then, like the time I overheard Tony talking to someone about his “wife” and I thought “he’s MARRIED?!!” not comprehending that he was referring to ME.
So now it’s four years later and I thought it was time to resurface.  I still get emails from this blog with comments that people write and it’s fun to hear the funny stories, sad to hear about struggles and wonderful to hear about marriages!


I’m also grateful for this blog for doing a few things for me.  By nature I am an introverted, private person.  This blog was the vehicle that brought my feelings to the surface, that allowed me to explore the whys and how comes.  And although I'm definitely still a work in progress, writing on this blog helped me immensely in my transition to married life.
And speaking of that transition, it was a lot smoother than I expected, given we were both pretty old and set in our ways (he was a ripe old 50!) and we both worked from home.


So four years later, I really don’t want to give any advice because I HATED that when I was single.  You know, someone gets married and suddenly they are the expert?  But can I just say that the best thing about being married is having someone else to focus on other than myself?  I also have to say that I loved being single as much as I love being married.
Some of my single friends have told me that I gave them hope.  And I guess that’s what I’d like to do.  Because at the age of 42 I got married, at 44 I got pregnant (after making the decision to start the adoption process), and although we had a bit of a rough go of it (can you say hospital bed rest for me and 6 weeks premature for Ryan?), we have the cutest little boy in the world (ok, now I’m bragging).  But lest you doubt, here, for the first time on this blog, is a picture! 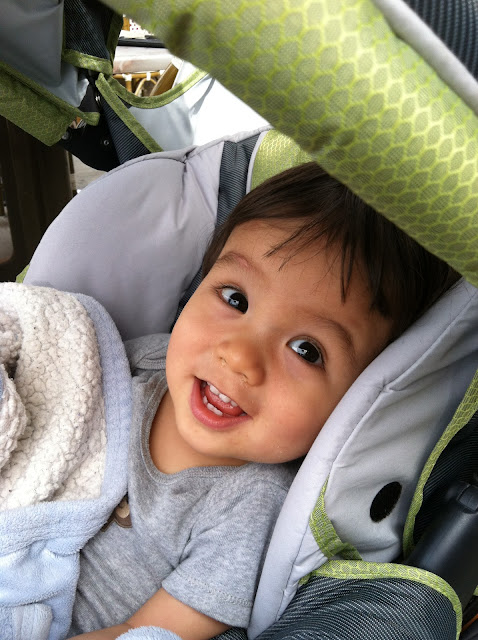 Oh and if you’d like to follow our journey, hop on over to our blog.  I don’t write as often as I used to, but not from lack of stuff to write about.  We’re in the midst of adopting a second child which is a race to Tony’s 55th birthday (the age limit for the adoption we’re pursuing) which is next March.  Yikes!
http://expectation-management.blogspot.com/


So to all those who encouraged me during the ups and downs on this blog, if you’re still around, thank you!  I still have those ups and downs, but I’m alive and trying to survive the world of the terrible two’s as a middle-aged momma.
Love,
Natalie

i just wanted to say thanks for sharing this. it does make a girl hopeful. ;)

Rychelle...hold onto that hope! No matter what happens, life is so much better when it has hope in it!

We are 30/40-something, single, LDS women from various backgrounds. We started this blog with hopes that the pressure to record some dating experiences will get us out there having some interesting things to write about. We welcome any comments and insights as this is also some good group therapy and, hopefully, just plain fun. Feel free to comment or send us an email.

"A testament to the triumph of hope over experience" (Hitch). Waiting for Captain Wentworth to show up already.

In regards to relationships, I related to the movie, Marnie, when I was in High School. And if you’ve seen the movie, that isn’t good.

In search of Luke, not Skywalker no wait yes Skywalker would be fine...

I found a kindred spirit in the character of Bridget Jones. Neurotic and self deprecating, my favorite qualities :) Kidding, sort of

Stella is Latin for star and since Lorelei was already taken I thought Stella was the perfect way to go. We are all bright lights in the kingdom even when we feel we've burnt out or in our singleness been ostracized to outer space.

I'm a big fan of the Angels. I always wanted to be Kris Munroe growing up.

You know, the one NOT chosen. But, like her, I'm not bitter.

The Truth is Out There and I Want to Believe